Sometimes I am guilty of going off by myself to try and figure things out. Especially when I was younger I would alienate myself from other people in hopes that just being by myself could produce the answers that I was seeking. Often what happened was that I stayed confused about the answer and grew lonely in the process. God does not need Lone Rangers! In fact, things will always go better when you team up with others. When Jesus sent out the disciples to do the work of the ministry he sent…

Someone to Watch Over Me

This journey in life that we are taking does not have to be difficult. There is a predetermined design that has been set up by our Creator. There is also another way that is filled with more of us than God. The Bible even goes so far to say that there is a "way that seems right to man but the end is destruction."…

Please pray for me for a very dicey, isolating, work issue between myself and a coworker.  I can't stop crying over this;i can't say what it is, although I truly can say the coworker started this whole issue.  I need God's peace and also His ability to help me pray for her and for her to let herself talk to me other than Good morning and Good night. I would like to go back to where we had normal, everyday fun conversations. Please, please pray. I have had to take one of my anti anxiety pills…

Why is it that bosses have to not see you, not appreciate you and talk down to you?

I'm an intelligent people.  But I'm not interested in living my life by climbing the ladder by stepping on people and using them.  But one of my bosses does this, all in the name of Christianity.  She's going to get to the top no matter what she has to do.

How do I keep working in this toxic environment.  If the economy was better I'd seriously…

“LORD, make me to know my endAnd what is the extent of my days;Let me know how transient I am.Behold, You have made my days as…

Just leaning on the LORD today, my husband is on Methadone, he had colon cancer in 2009/2010 and chemotherapy, he is a smoker. We have only been married since May of 2010( we knew each other as young teens) reconnected in 2009. I believe God will work in all of this, Rom 8:28.

Still the struggles. Keith is out of money until his disability check comes next month and I don't feel I should give him $ for cigarettes because we continue on the cycle, he had enough money at the beginning…

United through Christ, but divided by men

I know the tongue is as fire, I have been as a sounding gong and I have known almost immediately afterwards that I have wronged

(1 Corinthians 13:1-3 KJV), that I have sinned. No man can be perfect in all manner and not all know the will of God.

Many have heard the Word of the LORD and those who have received His message and persevere even as tragedy lay at their feet, have faith indeed and nothing will keep them from action that is born of their faith.

During prayer and meditation today I revelation of sort. God is the perfect recycler!  he takes our sin, hurt our broken lives and uses them for our own good!  not only for us but those around us also.  He heals us and makes us better than we were!  And empowers us to help heal those around us!  God is so good......nothing goes to waste!!!!

The Greatness of our God in the midst of a trial

And No sky contains and no doubt restrains all YOU are,...the Greatness of our GOD! This is what I going through my head right now. I have been praying for change and for God to help us with our finances, so I was answered last Friday. I was let go from my job.

Now this sounds horrible and you think I would be shaken, Well I was a bit, but I had some amazing things happen last week. My pastor (who is amazing - Michael Lantz from Living Truth Christian Fellowship in Corona,CA) spoke on…

God Will Never Leave Me Alone. A Look At Life...

Life is a series of ups and downs...mess ups and fess ups...screw ups and get ups. We laugh, we cry, we lie, we cheat. We kick butt, we get our butts kicked. We make money, we lose money. One day we're on top of the world, the next--no one will answer our phone calls. And then there's Love.

Love is like a stream of water. Sometimes it flows like a raging river--sometimes a drought hits, and it all goes dry.…

Psalm 31:24  "Be of good courage,  and He shall strengthen your heart, all you who hope in the Lord."

To all of you who are hurting, please do not give up on God!  I know that it is hard to see God through your pain and suffering, but always know that God has never left you alone.  Your God shall never disappoint you if your heart is right before Him.  He will do for you that which is for your very best, so why worry? Hope thou in God, my friend, and rest in His power to…

Have you had an abortion? Jesus always loves YOU!

It is hard to be a Christian (or any woman) who has had an abortion(s).

I know that if we confess our sins He is faithful and just to forgive us of our sins. However, 1) the world does not see it as a sin so; it is easy for us to ignore this "issue" in our lives 2) The Christian church typically takes a strong stand on abortion and can be insensitive to members in its congregation who have been through abortion(s).

God is Good for us

When I say God is good for us I mean that God is nutritious in a  spiritual way. No longer are we free moral agents when we give our selves away we are no longer controllers. Rather we are being controlled. The question may arise as to why God would lead us into bad decisions and morally wrong choices? No! That is our flesh becoming stronger than our spirits. So a mighty spirit unlocks God's sovereinity in our lives. As a believer we begin to take on the character of Christ then the choices…

Hello fellow christians,i dont know if you are aware or not that oprah winfrey has her opion of what she calls God on this website.You may not be aware of this but she is invoved in the new age movem…

Hello fellow christians,i dont know if you are aware or not that oprah winfrey has her opion of what she calls God on this website.You may not be aware of this but she is invoved in the new age movement and she does not teach on the God of the bible.If you dont believe me check out the book she promotes called "a course in miricales"the teachings are demonic.I am posting this to warn fellow believers.The word of God says that"satan masqurades as an angel of light and his servants ministers…

THIS PERSON TRIED TO SCAM ME ON KEEPTHE FAITH.  I WOULD LIKE TO ALERT EVERYONE.

THIS IS WHAT SHE SENT ME. PLEASE READ BELOW. SHE IS USING THE NAME OF THE LORD TO SCAM PEOPLE!!!  WATCH OUT FOR HER OR HIM!!!

My name is Ms. CRISTINA  SIMON, I am 24 years old, an Ex Communication Student, I am a single girl never been married before, my father of  blessed memory by name Late Dr SIMON OTI who was the Group Executive Director of Finance with CNPC oil company at the Khartoum…

My sister has been talking to her ex-fiance again. This isn't good because he hurt her bad before they broke up. She has talked to him several times since their break up a year and a half ago, and they have gotten back together each time. It all ends with the same result. Her heart gets broken.

I hope whoever reads this would please pray she leaves this alone once and for all. My parents have tried, but to no avail.

Thanks in advance for your help.

Today has been a day like no other. The Lord has proved me. "Is anything too hard for the Lord?" (Genesis 18:14 NIV) of course not! When you obey God he will lead you to righteousness, from righteousness to holiness, and from holiness to eternal life. Amazing you are O Lord! I praise you and I thank you for blessing me Today!

I applaud your effort to bring about change in a church that acts sometimes exactly as the Pharisee.
I have been told that I have hidden behind the scriptures and though the person who said this I doubt is a believer, because they took enough of their time to share scripture with me that seemed relevant, I became engrossed in re-examining myself and this continues on a daily basis.

With those who are from a secular world scrutinizing our daily activies, we may give them plenty of… 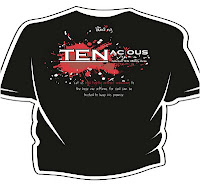