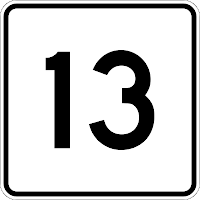 When the people heard the sound of the rams’ horns, they shouted as loud as they could. Suddenly, the walls of Jericho collapsed, and the Israelites charged straight into the town and captured it. (Joshua 6:20 NLT)
You've… Continue

We Overcome by the blood of the Lamb and the word of our testimony.

Written Feb 21st 2011 as a thank you to my paster in response to hearing God's voice through his sermon at VWC, Norcross.

For about ten years I have been standing with God hoping for the redemption of my marriage. My commitment to God was that since He hates divorce, out of my growing love for Him, I would not file for a divorce. My hope is in Him alone. I…

GOD IS IN THE BUSINESS OF PUTTING HIS CHILDREN

INTO HOLES SO DEEP THEY CAN'T GET OUT

There's some questions we ask ourselves at the pivotal moments and sometimes at the seemingly small moments. One that I've found from time to time is "Why Did I Say That?"  It's those words that agree with an emotion that's contrary to what my faith says, it's the words that give in to fear, anxiety, worry, and negativity.  Almost as soon as their released we're reaching with the ....noooooooooooo.....come backkkkkkkkkkkk...Unfortunately the words can't be retrieved. Now the good news---they…

In the first book of Philippians, Paul writes from prison these words...
9 I pray that your love will overflow more and more, and that you will keep on growing in knowledge and understanding. 10 For I want you to understand what really matters, so that you may live pure and blameless lives until the day of Christ’s return.
Everyday we must get up and face a new day with new challenges and potentially new victories. We will have to be quick on our feet because life comes at us fast… Continue

A DAY HEMMED WTH PRAYER IS A LOT

MAKE IT A TERRIFIC TUESDAY,…

Are You Ready to FINALIZE? 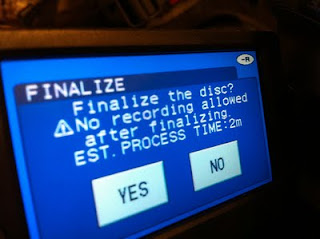 I noticed this message the other day when making a DVD copy of one of our services. I was attempting to "finalize" it. That is the last step in the process of having a DVD that is useable.
There are a couple of things I learn from the process that can apply to life too. Though I recorded the service, if I do not finalize the disc, everything that… Continue

Video: What do you say to the man who tried to kill you?

That is a quote from a man whose ministry was very instrumental in my progress during one of the darkest seasons of my life. …

DUSTYS THOUGHT FOR THE DAY

SHOULD BE LIFELONG COMPANIONS…

ALL THE THINGS YOU HAVE THAT

WHAT YOU LEAVE IN YOUR CHILDREN IS

WHEN IT COMES TO JUDGING OTHERS,

SOME FOLKS WILL WORK OVERTIME FOR NO PAY!!

Y'ALL COME BY MY PLACE…

The Name Above All Names

Let the words of my mouth and the meditation of my heart
Be acceptable in Your sight,
O LORD, my rock and my Redeemer. Psalm 19:14…


I know we all struggle I know Jesus struggled more than we ever will and I know he will never give me to much that I can't Handel But the struggles I go through ever day and how the devil just keeps on attacking me in my weakness and life in general the spiritual battle going on in my heart, body and soul hurts so bad I do feel God is with me I know God is with me and…

“I am the good shepherd. The good shepherd sacrifices his life for the sheep. He calls his own sheep by name and leads them out. After he has gathered his own flock, He walks ahead of them, and they follow him because they know his voice. John 10:4-5,11