The LORD is my light and my salvation; Whom shall I fear?

The LORD is the defense of my life; Whom shall I dread? Psalm 27:1

But whatever things were gain to me, those things I have counted as loss for the sake of Christ. Phil 3:7

Perhaps you are not normally a morning person. You work for the weekend, enjoy them to their fullest and when the weekend is over… Continue

Let us hold tightly without wavering to the hope…
Continue

Well, i kinda feel this is a wast of time but i toll God i will share my story with the world. I been Depressed for the longest time, and stressed. My life has always been difficult from the start. A father with a alcohol problems and a mother struggling financially. I need a source of hope for the future.The ability to excel in some area that would allow me to escape my circumstances would strengthen this. A…

" When you walk in the dark and can't see around you, Just remember when the lights come on you're closer than you were to your destination" 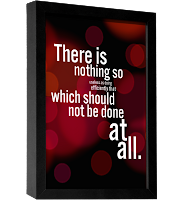 The other day while looking through some old papers I ran across this quote:
"There is nothing so useless as doing efficiently that which should not be done at all" Drucker

Instantly I began to think of my… Continue

Who You Gonna Call? 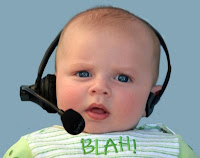 In the second chapter of Acts we are able to see a picture of things that will take place as we draw closer to the return of the Lord. There are many terrible and horrific signs but there will also be some incredible things happening: young… Continue

THE GREATEST GIFT YOU CAN GIVE TO

SOMEONE IS YOUR ATTENTION !!

IF ALL THE WORLD'S A STAGE?   MOST OF US

WALKING IN AGAPE' - WANT TO COME ALONG?

The Greek word agape is often translated "love" in the New Testament. How is "agape love" different from other types of love? The essence of agape love is self-sacrifice. Unlike our English word “love,” agape is not used in the Bible to refer to romantic or sexual love. Nor does it refer to close friendship or brotherly love, for which the Greek word philia is used. Nor does agape mean charity, a term which the King James translators carried over from the Latin. Agape love is…

Life Will Get Better!

Beloved, do not be surprised at the fiery ordeal among you, which comes upon you for your testing, as though some strange thing were happening to you; but to the degree that you share the sufferings of Christ, keep on rejoicing, so that also at the revelation of His glory you may rejoice with exultation.1 Peter 4:12-13

My precious Brothers and Sisters 'in'…

What if Apple Inc. was President?

With stocks on a roller coaster, all political parties at odds with each other and a growing dissatisfaction of the way this country is lead I wondered why we don’t just let Apple Inc. run the nation?
Lost of my life I was a PC person with a Blackberry. I could not live without either of these devices. Then this little Cupertino company started to deliver some alternatives to me. They were shaped different, operated differently than mine did and looked like they would take…
Continue

THAT EXTRA O CAN MAKE THE DIFFERENCE

We all can have good ideas but is it God's plan for our life? Should we go with the good or wait for God? That extra O may cost us more than we realize. I think about Abraham when the Lord promised him a son. He and Sarah took that promise and tried to help God fulfill it. They created an Ishmael instead of an Isaac. The good verses God. This caused a lot of heartache for all that was involved. The Lord did bless Ishmael which was good but not God's best. Years later the Lord did fulfill his…

YOU CAN'T FIX THE PROBLEM IF…
Continue

Need a reason to smile?

During my divorce after 20 years of being married and three kids, this song rose up out of my spirit.

May it encourage and bless you as you search for hope and a reason to smile:)

You are blessed and highly favored!

Just hearing the word may conjure up images that are not pleasant. Yet discipline for the believer is not a negative concept but a positive one.
Hebrews 12:10 tells us, "God disciplines us for our good, that we may share in his holiness. No discipline seems pleasant at the time, but painful.(I heard that AMEN!) Later on, however, it produces a harvest of righteousness and peace for those that have been trained by it."

Notice that the act of discipline is for our good. God… Continue

DUSTY'S THOUGHT FOR THE DAY...

EVER NOTICE THAT THE…
Continue